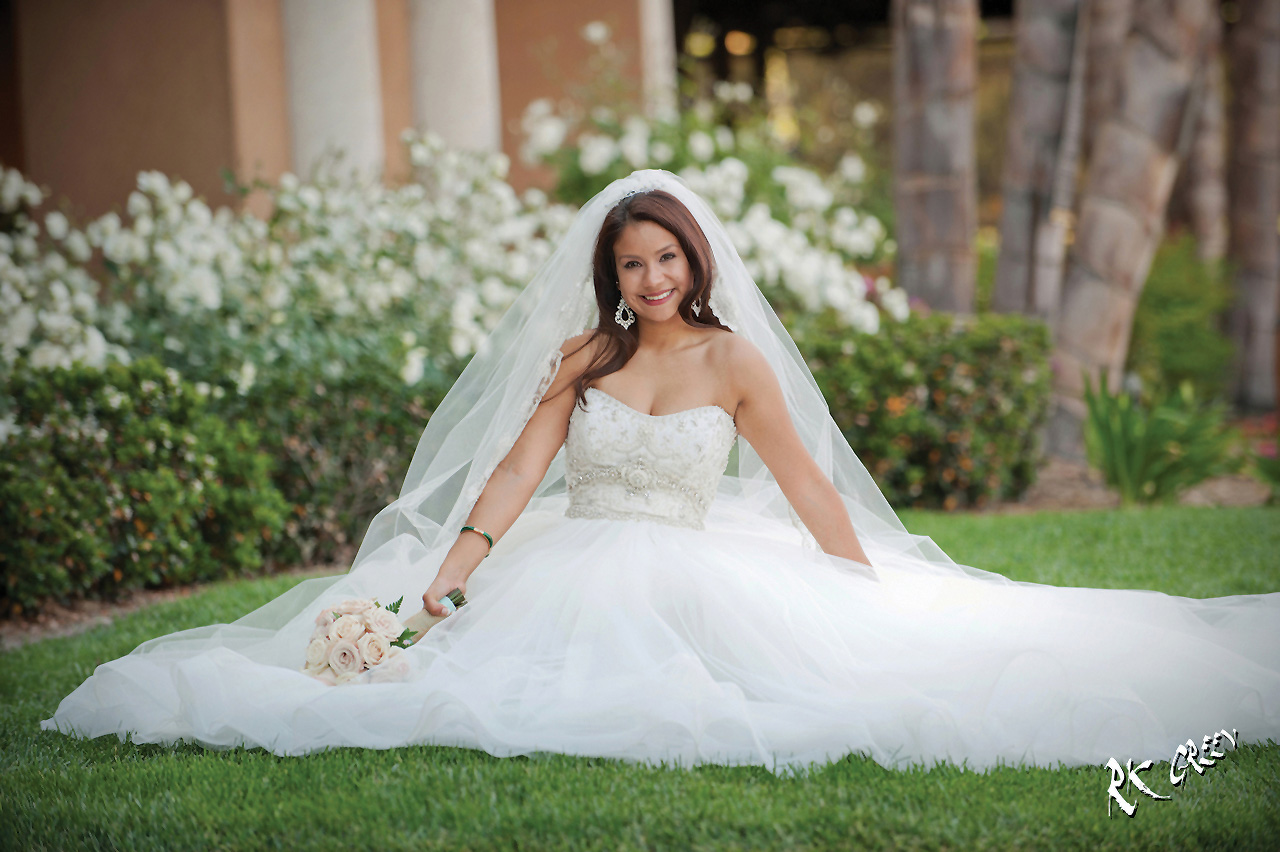 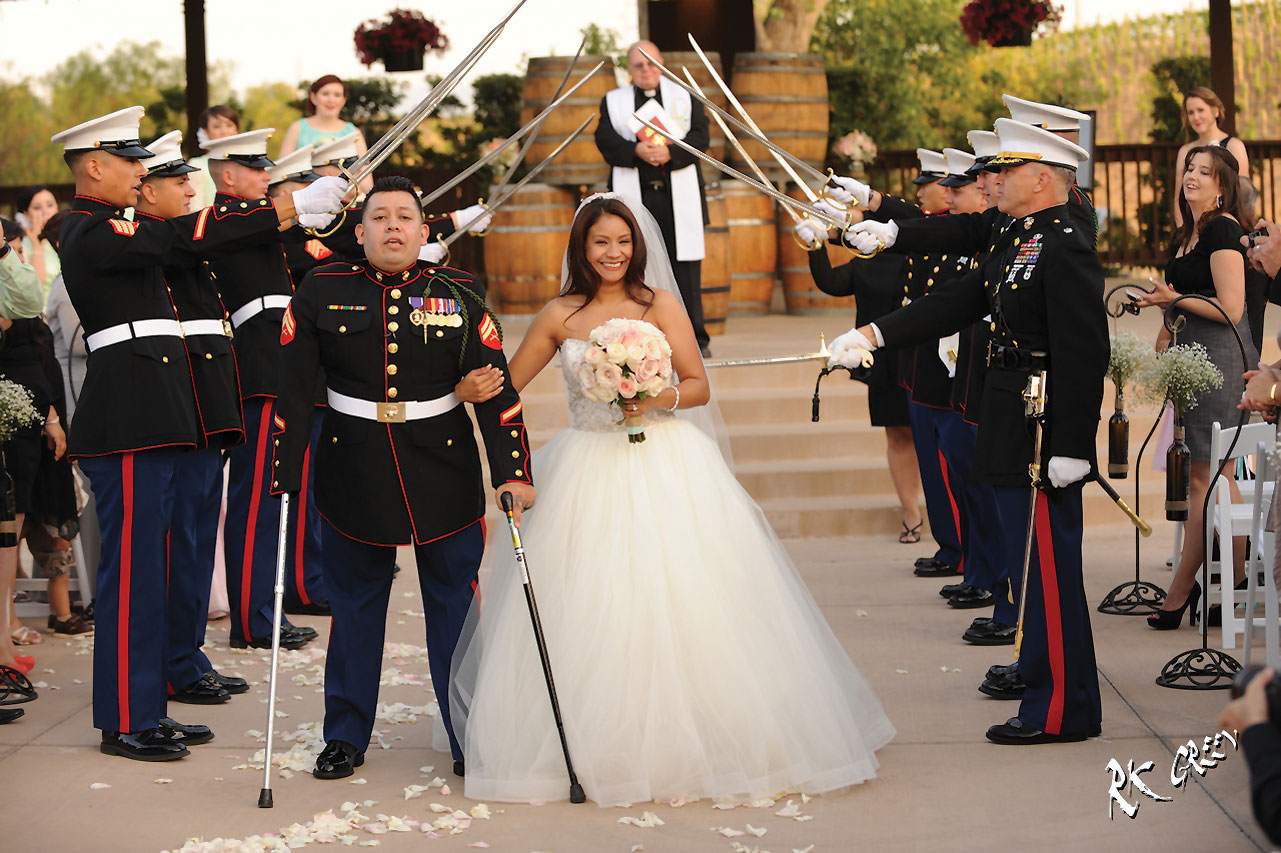 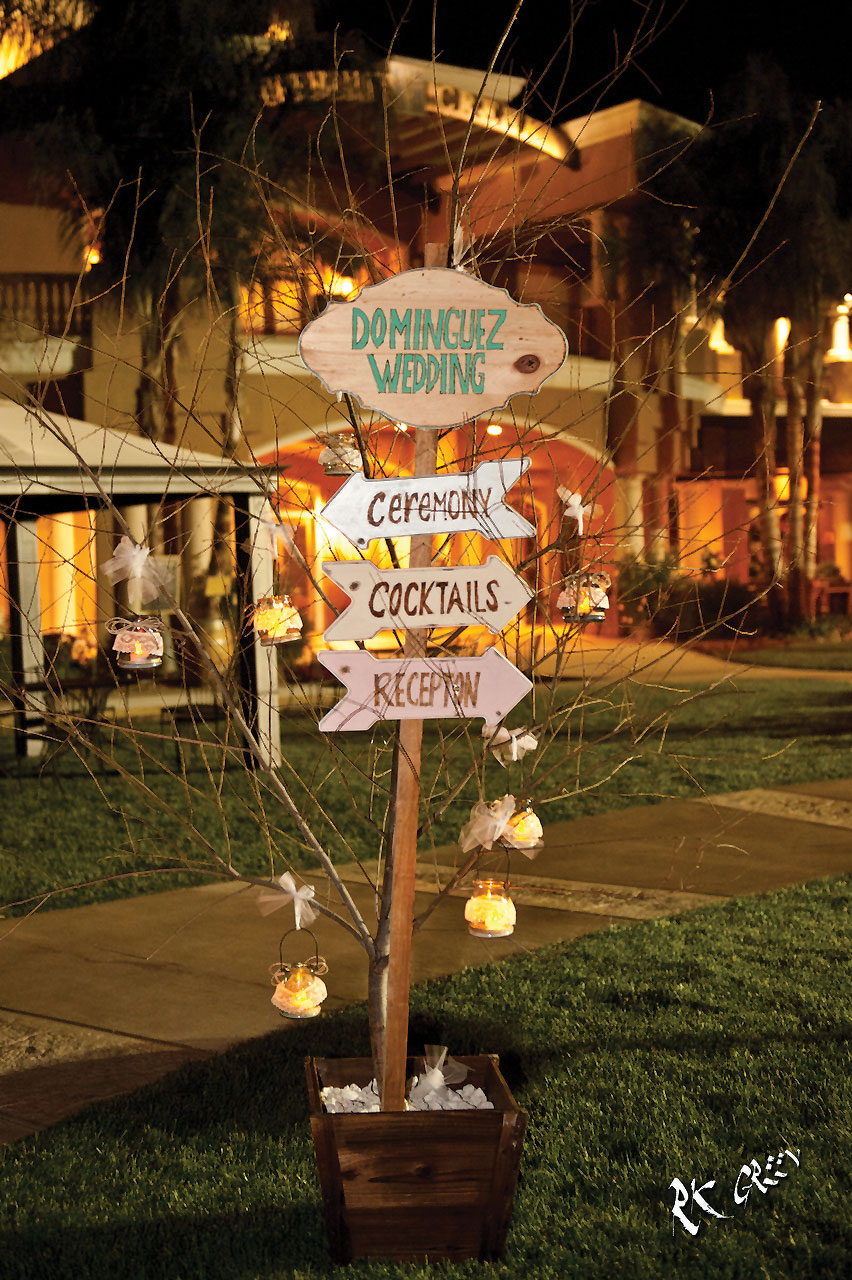 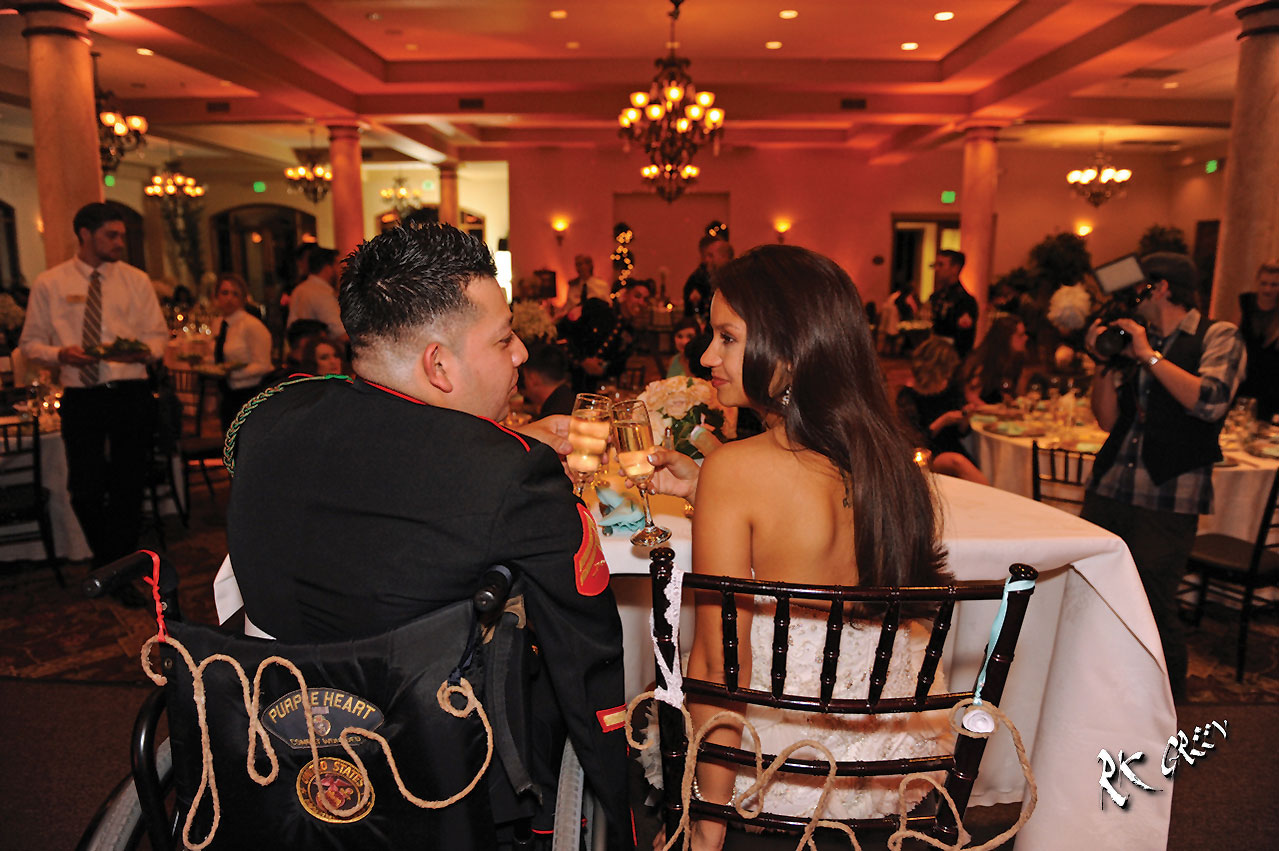 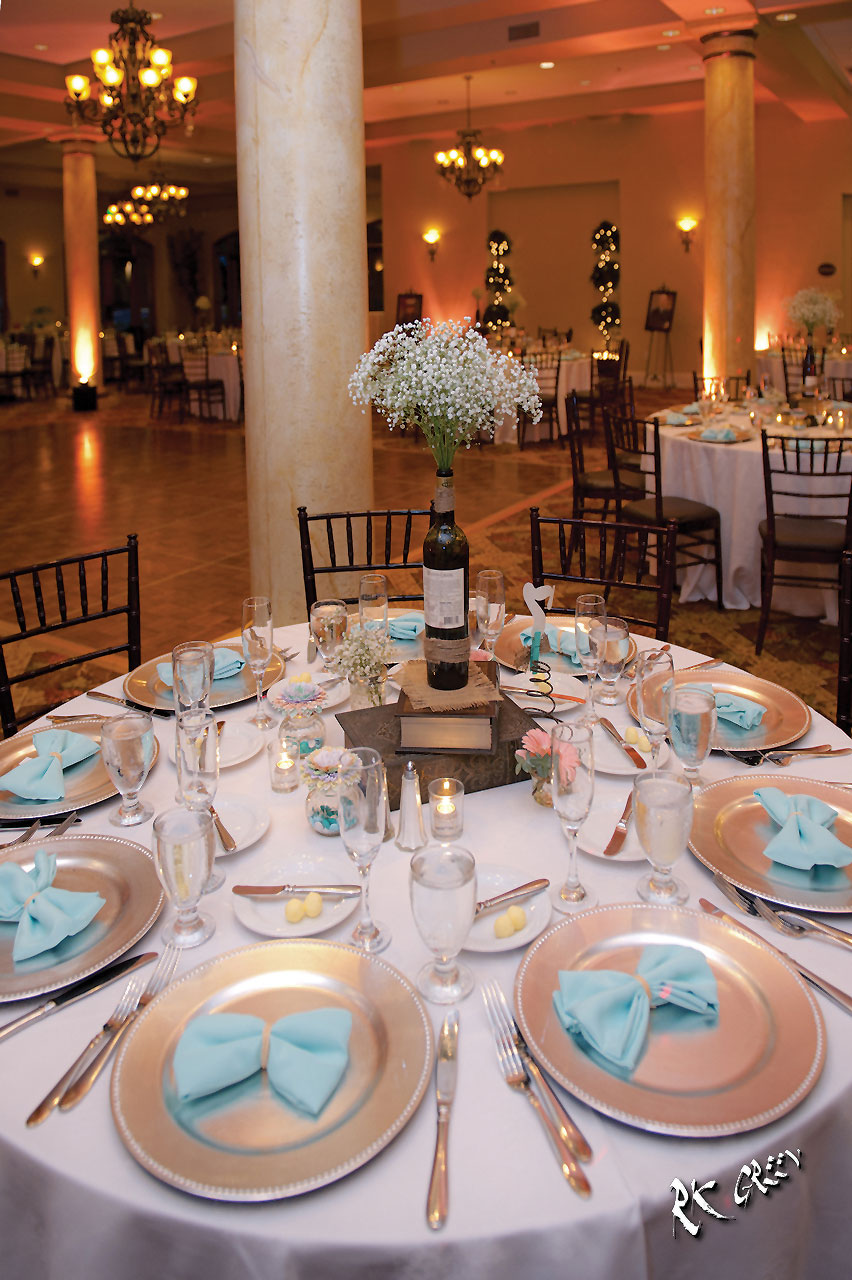 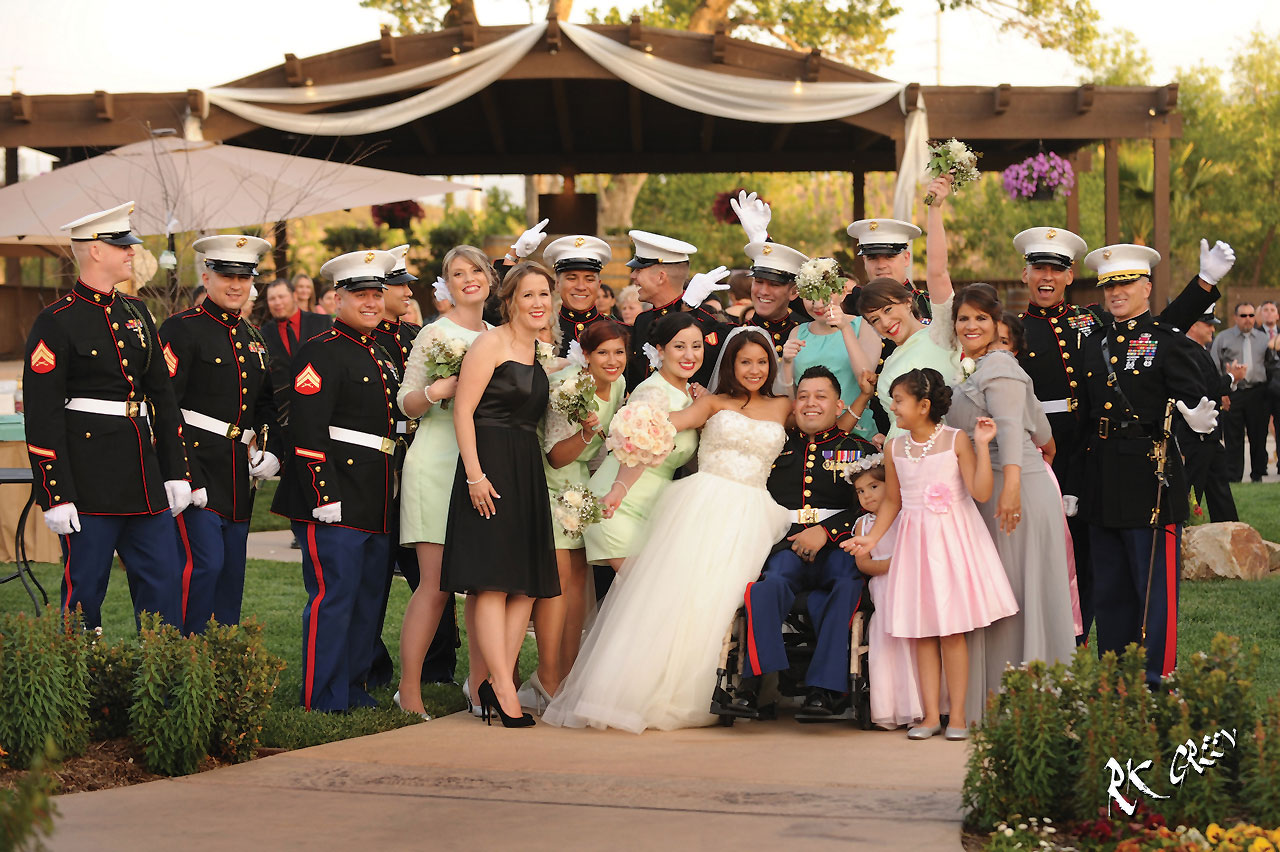 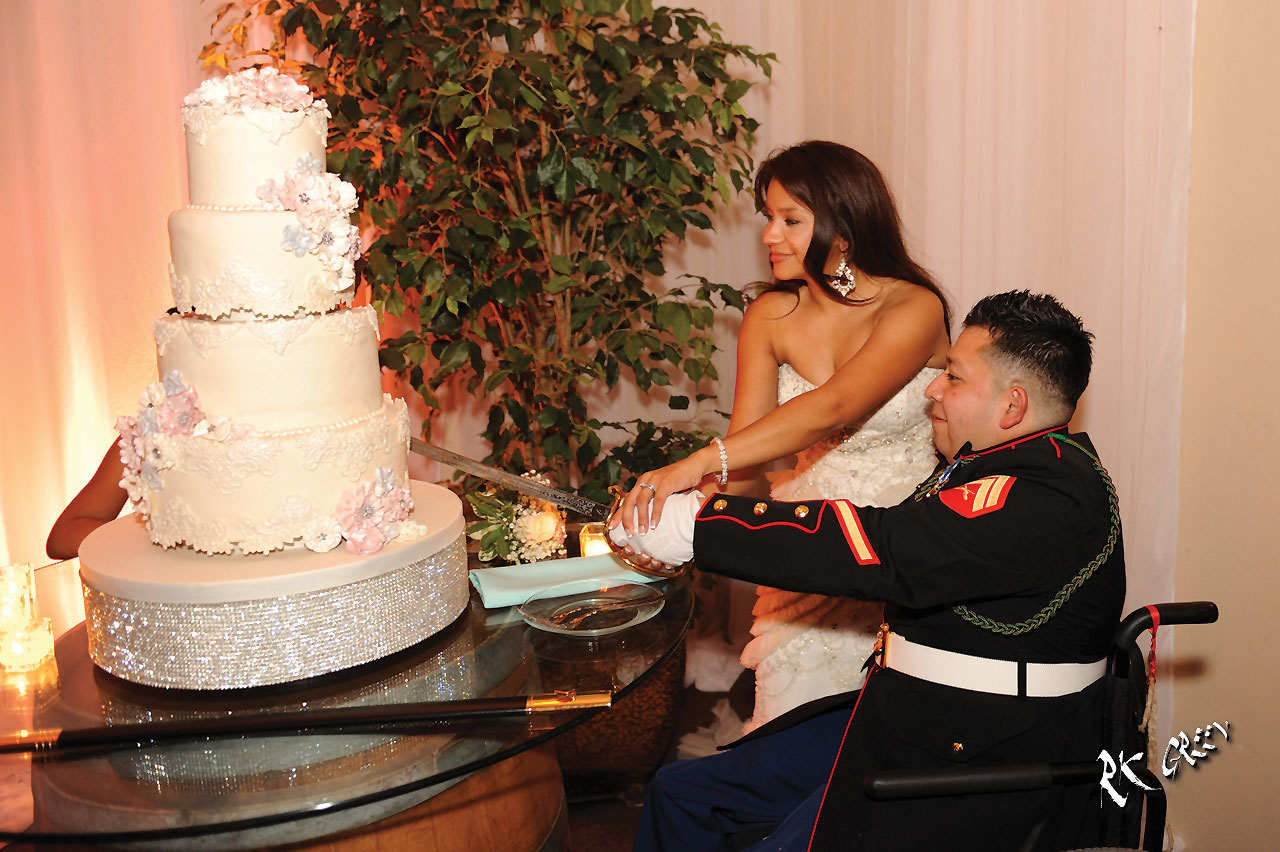 Temecula’s best wedding vendors put together a gorgeous celebration for Marine Corporal Juan Dominguez and his fiancée Alexis. Dominguez lost both his legs and his right arm after an explosion in Afghanistan in 2010, however when returning to the country he found happiness at a parade where he met Alexis. He proposed to Alexis in February 2012, “I asked her mom for permission,” Dominguez said. “I went old-fashioned.” Local winery owner Bill Wilson from Wilson Creek Winery offered to donate the venue, food, and wine.

Dominguez also reached out to Jennifer Molloy from Amore Events and she happily donated her services and used her connections to put the rest of the wedding together. “Juan and Alexis have taken great care to infuse beautiful vintage details into this day. Alexis is an incredibly talented graphic designer and has created many of the wedding’s special touches. It’s truly been a pleasure to be a part of it,” says Molloy. Though there were a few items that Dominguez refused to get donated, “They wanted to buy her ring and her dress, but I wanted to take care of that,” he said.

The wedding took place on April 27, 2013 not without a rehearsal dinner before donated by South Coast Winery. Close to 150 of the Dominguez’s closest friends and family were in attendance. Dominguez who uses prosthetics and wore his military uniform was able to walk and dance all night. The couple went to Bora Bora for their honeymoon, “it was magical, such a beautiful place,” Dominguez said, “It gave us a good chance to decompress after the wedding.”